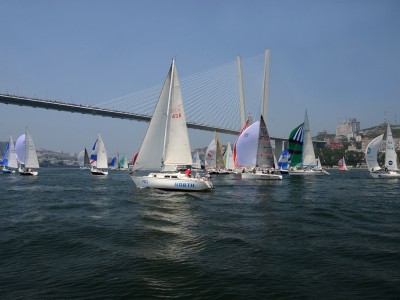 Vladivostok is the city from where ships leave for 300 ports and 60 countries of the world. Sea routes begin here - the longest voyages. And here, in the Golden Horn Bay, you will begin your real experience in Vladivostok.

When the sightseeing boat departs from the pier, Vladivostok will open from the side on which the founders of the city saw it. You will find out how interesting it is to change the perspective when, instead of sea views that open from a bird's eye view, you will see views of capes, hills and bays from sea level.

On a two-hour tour, you can see several lighthouses: Tokarev, Basargin and Skrypleva. Every night they help the ships calmly reach the port. Having sailed along Russky Island and under Russky Bridge, already in the Ussuri Bay, you can feel like a participant in active traffic - only the roads are not visible to ordinary tourists, they are determined by captains and ship navigation control center. Maneuvering between ships, you still catch to the Primorsky Aquarium, one of the 5 largest in the world.

On the way back, the boat will pass near the "Eastern Shipyard" - the oldest shipyard in Vladivostok. It is here that many local fishing seiners have been made, as well as the catamaran "Moscow", which every day helps many people to get to the Popov and Reineke islands.

Returning to the Golden Horn Bay, you will pass under the Golden Bridge and look closely at all the ships standing in the bay: merchant, military, and, of course, fishing.

During a short trip, you can take a lot of amazing shots and capture the most interesting places in previously inaccessible foreshortenings. And the guide’s stories will reveal a lot of new things about Vladivostok. It turns out that already in 1910 a postcard of Vladivostok with a bridge over the Golden Horn Bay was drawn. And it looked very similar to the current one, and it was in the same place.