The path of Captain Arsenyev and Dersu Uzala 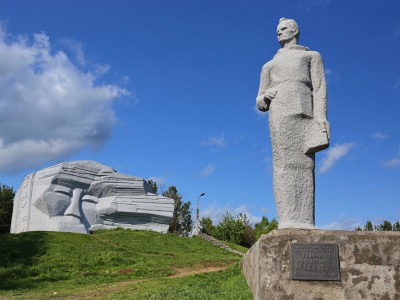 “Four times he perished with hunger, three times drowned, twice was attacked by wild animals,” - so Vladimir Klavdievich recalled his expeditions to the Sikhote-Alin mountains.

The expedition of 1906 continued for exactly six months! The Sikhote-Alin pass was covered eight times during this expedition, topographic surveys were conducted along the route, terrain maps were compiled, barometric measurements of heights and individual mountains, regular weather observations were made, samples of minerals and plants, skins of various animals were collected. The general geographical, military, statistical, ethnographic and archaeological information was summarized. The Governor-General of Primorye considered that the leader of this expedition was worthy of the order. V.K. Arseniev was awarded the first order of St. Stanislav of the 2nd degree in his life by the highest decree of March 17, 1907.

There are two Arsenyevs: Arsenyev as a scientist, scrupulous in his pre-revolutionary field diaries, studies, and reports. And Arseniev is a writer - is widely known for his adventure books “Across the Ussuri Territory” and “Dersu Uzala”, telling about his expeditions in the Ussuri taiga together with his friend and guide, Gold (Nanai) Dersu Uzala. These books, during the life of the author, gained great popularity in Russia and abroad, and subsequently even formed the basis of feature films. Among the other literary works of Arsenyev are the novel “Through the Taiga” and “In the Sikhote-Alin Mountains”.

Who is not familiar with the books and movies the character of the Ussuri hunter Dersu Uzala? He is small, with a mincing gait, funny speaking Russian - and at the same time, fine, clever, knowing the taiga like the back of his hand, accurate, able to read animal tracks and talk with forest spirits, but most importantly - a generous and selfless friend. This touching character was created by a Russian officer, scientist, and writer Vladimir Klavdievich Arsenyev.

It so happened that it was Dersu who turned the life of a scientist and changed his attitude. Petersburger Arseniev loved the taiga more than the city, the Ussuri Territory more than European Russia, and Dersu no less than his wives and children.

Arsenyev became a writer to share with readers what did not fit into dry reports for geographical societies. So the pioneer scientist became a writer, telling about the life and friendship of very different people. All that is written by Arsenyev is a poem full of musical rustles of the taiga ...

We cannot repeat the exact routes of Arsenyev’s expeditions - this would take a whole year. And the terrain has changed beyond recognition. Where horse trails and hiking trails passed, asphalt roads laid long ago and large settlements grew. Our route does not lie along the paths of taiga passes and valleys, but along the highway connecting cities and towns, where the expedition of V.K. Arsenyev took place in 1906. We offer you a motor rally through the beautiful places of the northern part of Primorye, where you have not been before but read about them in the books of Arseniev. During this tour, you will have a unique chance to look and compare how they have changed over a hundred years.

Day 1: A walk through the Arseniev’s places of Vladivostok.
Breakfast at the hotel.
09:00-13:00 - The excursion starting from memorial house where the prominent traveler, explorer, and famous writer Vladimir Arsenyev lived with his family and worked. The history of great discoveries lies behind the backs of this House. Next stop at the Railway station, do not miss your chance to take a unique photo of the Transsiberian milestone, which shows the exact distance between Vladivostok and Moscow - 9288-km. further you will visit the Pyankov’s apartment building, which was built in 1903 and where was the first bookstore in the city. You will visit the house of Arsenyev’s father-in-law - Nikolay Solovyov, who served as the state controller for the construction of the Vladivostok fortress and actively participated in the activities of the Society for the Study of the Amur Region. You will also hear interesting stories about Vladimir Arsenyev, about how he gave lectures on ethnography at the Eastern Institute, and visit his grave at the Naval Cemetery.

Day 2:
Breakfast at the hotel.
The tour starts in the morning since we have to get to the Arsenyev town early to get the best experience. On your arrival, there will be excursion to the History Museum where you will visit the exposition “Our city bears his name”. Here are materials about the life and work of the writer, scientist, traveler and researcher Vladimir Arsenyev, in whose honor the village of Semenovka was renamed in Arsenyev town in 1952. Unique authentic materials about the shooting of the feature film "Dersu Uzala", based on the book of the same name by Arsenyev, by cult Japanese director Akira Kurosawa.
Next stop on the viewing point of the Uvalnaya hill where the monument to Arsenyev and Dersu Uzala situated.
Then you will cross the famous Venyukov mountain pass through the ridge passing between the valleys of the Pavlovka and Zerkalnaya rivers in the Primorsky Territory. The lowest pass in the Sikhote-Alin mountain system. The pass was named by Arsenyev during the 1906 expedition in honor of Mikhail Venyukov, a military geographer who in 1858 first crossed the Central Sikhote-Alin and gave his description. It is located on the 282nd km of the Osinovka-Rudnaya Pristan highway in the Kavalerovsky district. The altitude is only
405 m. The relative excess is also small, and from the west the pass is also very gentle. Due to the fact that the Pavlovka (Li-Fujin) and Zerkalnaya (Tadushi) rivers, accessible for baht and gut, are close to the pass, the pass was a convenient way for local nationalities from the western regions of Primorye to the coast. A pack trail ran through the pass, and subsequently a highway connecting the eastern coastal regions with Vladivostok and the Trans-Siberian stations. Currently, a two-lane asphalt highway without serpentines passes through the pass. On the pass itself, near the curb, there is an obelisk in memory of the famous researchers of the Far East who have passed this pass: Mikhail Venyukov (1858), Nikolai Przhevalsky (1867) and Vladimir Arsenyev (1906). On the pass is a monument of archeology of federal significance of the Middle Ages - the Venyukovsky settlement (period of the Bohai state).
Eternal glory to the first researchers of the Ussuri region!
- Dinner at the local cafe. Check-in the hotel in Kavalerovo village.
Overnight.

Day 3:
Breakfast at the hotel.
Today morning you will visit the museum of local lore and the place where Arseniev and Dersu Uzala meet a little east of a solitary cliff near the village of Kavalerovo. The cliff is now called "Dersu Rock", composed of marine carbonate rocks, the height along the steep side facing the Zerkalnaya River is 120.8 m, at a height of 7 m there is a cave.
The character of Dersu Uzala is generalized. In his novels “Across the Ussuri Territory” and “Dersu Uzala”, Arseniev referred his meeting with Dersu to 1902. While expeditionary diaries leave no doubt that their acquaintance took place on August 3, 1906 and lasted about a year and a half. Apparently, Arsenyev attributed some of the actions of his other guides from the number of local hunters to Dersu - for example, a miraculous escape from the blizzard on Lake Khanka.
Moving to the village Olga (formerly St. Olga), along the way you will visit the villages of Mikhailovka, Vetka, Vesely Yar. A description of these centenary villages we find in the books of Arseniev.
Arrival in the Dalnegorsk town, along the old Tetyukh (valley of wild boars), spread on the banks of the Rudnaya River. Excursion to the museum of local lore.
Dinner at the local cafe. Check-in the hotel in Dalnegorsk town.
Overnight.

Day 4:
Breakfast at the hotel.
Today you will repeat the path of Arseniev’s detachment to Terney, which lay through Plastun, Dzhigit, Blagodatnoe villages. In Plastun village, travelers stumbled upon a large gang of Chinese hunhuz. But for Dersu Uzala, the case could have ended very badly, who, while firing, led the Khunkhuz in the other way.
In Terney, Arsenyev lived for 20 days in one of the fanzas of the Chinese village. The village consists of 38 fanzas, in which 233 people lived. In another village, which was located further from the sea, there were basins. As well there were 14 Taz fanz, where were lived 72 men, 54 women and 89 children.
Arseniev wrote: “The position of the local Tazes is very difficult. They have a completely clogged and oppressed look. Obviously, they were afraid of the Chinese. If either of them dares to complain to the Russian authorities or to talk about what is happening in the Sanhobe valley (now the Serebryanka River in Terney), he will receive a terrible punishment: they will drown him in the river or bury him alive in the ground. ”
Today, huge trucks rumble along the dense taiga tracks, bringing the forest to China ... Therefore, we will pass part of the route through the territory of the reserve, still untouched taiga, such as Arsenyev saw it, we will pass the "Arsenyev trail". Visiting the ecological path of the Sikhote-Alin nature reserve “Cape Severny”, 4.6 km. You will see all the breathtaking beauty of untouched nature, stunning views of the open sea and spotted seals on the rookery.
Dinner at the local café.
Overnight at the hotel.

Day 5:
Breakfast at the hotel.
Excursion along the ecological path of the Sikhote-Alin nature reserve “Blagodatnoe Lake”. The route introduces the fauna and flora of swampy meadows, the history of the settlements of the Blagodatnoe tract, the length of the route is 4.1 km. In two hours of walking you can breathe plenty of transparent air, feel the quiet grace of the lake, watch its feathered inhabitants.
Lunch at the cafe.
Further, our way lies from Terney to "Rudnaya pristan" (Ore pier) village, through the passes with beautiful names Raspberry, Blueberry, Korean, Whale rib.
In "Rudnaya pristan" (Ore pier), there is Arsenyev Street with 35 houses on it. The climate in the village is windy, which is connected with the cold Primorsky Current, which runs along the coast of the Sea of Japan. The main local attractions are the Two Brothers stacks. However, there are similar stone pillars in many places on the coast - the coast north of the Rudnaya pristan abounds with steep cliffs that have been destroyed by sea waves for millennia. This is exactly the picture Arseniev observed in 1906.
Transfer to Dalnegorsk town.
Dinner at the hotel cafe.
Overnight at the hotel.

Day 6:
Transfer from Dalnegorsk to Vladivostok. On your way back there will be a lot of picturesque viewpoints, stops in beautiful places where you can take breathtaking photos.