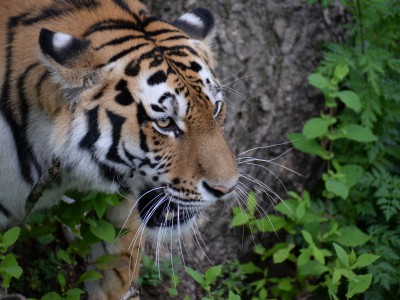 The Sikhote-Alin state natural biosphere reserve is the largest in Primorye. Today the main object of protection is the Amur tiger. Nowadays, when there are fewer and fewer corners of untouched nature on the planet, it is very important that each geographic area had a preservation zone - a reference template of primeval landscape, the comparison to which makes it possible to gauge the consequences of human anthropogenic activity.

Tourists visiting the reserve would be able to learn everything, or almost everything, about the life and habits of wild animals first-hand from scientists working in taiga.

We are waiting for you in the "land of the tiger"!

Other possible accommodations in Terney:

- House of a local resident, half board. Living in a wing, in one large room, toilet in the courtyard, steam bath, meals are prepared by the hostess.

- House on the border of the reserve, with bed linen, rooms for 2-4 people, no electricity, street toilet, the food is to be prepared individually by gas, steam bath.