Walking tour to the historical quarter of Vladivostok (Millionka) 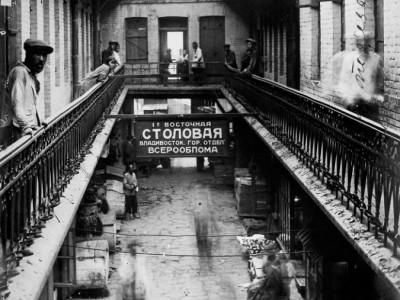 Interesting tour to the historical quarter of Vladivostok called "Millionka".

In the late 19th century in the center of Vladivostok there spontaneously grew a quarter, which became home to many Chinese. It soon got the name Millionka, because many people (“millions”) lived here. In a few years the quarter developed into the “city within a city.” There are numerous intricate alleys, buildings for every taste and color without any unified architectural concept. Millionka was famous for smuggling, opium dens, illegal gambling business. In the mid-30s of the 20th century, it was decided to eliminate Millionka. The Chinese were settled in other areas, becoming workers and civil servants.